Whenever a person talks about sports, the first name that comes to mind is undeniably Cricket. Cricket is considered to be the most admired sport and is a favourite to millions of people, be it an adolescent or old adults. At present, there are thousands of efficient and successful Indian players who have left a glorious mark on the field of cricket. Cricket lovers believe that this game is a way to unite nations in the form of healthy competition. The popularity of this game has created a landmark in India and as a result, in recent days there has been the practice of betting where more and more people are getting attracted to the game. The cricketing highlights of the best players are enjoyed by millions of cricket enthusiasts.

The contribution of the extraordinary Indian players and their hard work to bring perfection has taken the popularity of this sport in India to a high level. Rishabh Pant is an efficient Indian cricketer of today’s generation, who plays as a middle-order wicket-keeper batsman for the Indian National team.  He is an exceptionally talented cricketer whose presence in the Indian National team plays a significant role. He is recognized widely for his aggressive batting nature and his bold attitude in difficult situations. Rishabh is the first Indian batsman to hit a six in his debut test match. He has given some top-notch performances and created several records. He has been a widely admired batsman in recent times. Besides, he is a fitness freak who regularly does exercise for the wellness of his health.

Rishabh Pant has been playing cricket from a young age. He was a dedicated and hardworking player. He always tried to give the best out of him and indeed he gave some incredible performances in the junior level of the game. He made his debut in 2015 by participating in the 2015-16 Ranji Trophy.  In the year 2016, he participated in the Under-19 Cricket World Cup. He successfully hit an 18-ball fifty against Nepal, which is considered to be the fastest at this level. In a match against Maharashtra, Pant made 308 runs in a single inning and became the third-youngest Indian cricketer to score a triple century in a first-class cricket match. In a match against Jharkhand, he scored a century from only 48 balls. Therefore, he made the record for doing the fastest century in the Ranji Trophy tournament.

After gaining so much popularity as the finest player at the junior level, the Delhi Daredevils purchased Pant for the Indian Premier League(IPL). At the time of the 2018 Indian Premier League, Pant scored 128 runs from only 63 balls in the match against the Sunrisers Hyderabad. Thus, he became the highest individual scorer in the history of IPL. Besides, he became popular for emerging as the second youngest player to score a century in the Indian Premier League. Pant proved his real passion and dedication for Cricket when he scored 57 runs in IPL  just two days after the death of his father. He dedicated his score as a tribute to his beloved late father.

Pant played his first test match against England on 18th August 2018. He very soon scored his maiden Test century and became the first Indian wicket-keeper batsman to score a Test century on the field of England. The next month, he was called for his ODI debut against West Indies. In 2021, in a test match against Australia, Pant became the fastest wicketkeeper of India to reach the milestone of making 1,000 runs in Test cricket. Afterwards, in March 2022, during the second match against Sri Lanka, Pant broke the record of Kapil Dev by scoring the fastest half-century by a batsman of the Indian cricket team in a Test match. Pant was named as the vice-captain of the Indian team during the South Africa tour of India in the 2022 series. However, after KL Rahul moved out of that series due to a serious injury, Pant was made the captain of the Indian team. At the young age of 24 years only, Pant’s talent and hard work made him the second youngest captain to lead India in a T20I match.

Awards and Achievements of Rishabh Pant

Pant is a brilliant player, and his back-to-back exceptional performances prove his potential. In 2018, he was awarded the ICC Emerging Cricketer of the Year for being a brilliant player. Later, in ICC World Cup 2019, he was named the ICC Rising Star of the squad.  In January 2019, he was selected as the ICC Men’s Emerging Cricketer of the Year. Later, in the year 2021, Pant was recognized as the Men’s Player of the Month in the ICC Player of the Month Awards. Pant was awarded the ICC Men’s Test Team of the year 2021, in the annual ICC Awards function. He is praised and appreciated by all cricket lovers for his fantastic playing style. He is popularly regarded as the rising star of the Indian Cricket team.

Recently, in July 2022, in the final match against England, Pant successfully recorded his maiden century in ODI cricket, by making 125 runs and remaining not out. He has been showered with appreciation from all the quarters of cricket.

Rishabh Pant is a famous figure in the world of cricket. His hard work and dedication to cricket is very motivating for youngsters. His contributions to the field of cricket are unmatched. Rishabh Pant is the best example of a man who never gave up no matter how difficult the situation was. He is one of the most significant players in the Indian National cricket team. The life of this famous cricketer is an inspiration for millions of people. Cricket enthusiasts are looking forward to enjoying more stupendous and captivating matches of Pant. Let us keep hope that he will make many more significant records in the upcoming days and prove himself to be an outstanding cricketer.

Checkout our videos to get the latest useful information about winning betting tips,

Know all about cricket betting and updates at CBTF betting. Get the updated expert betting tips at https://cricketbettingtipsfree.com/ 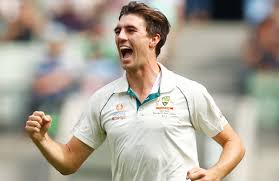 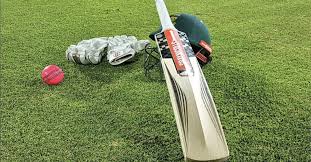